Jawed Karim has joined the chorus of criticism against the YouTube platform that he helped create, blasting the company’s “stupid idea” of blocking users from down-voting videos.

Karim made his feelings about the controversial move known by adding a comment in the description of the first video ever uploaded to YouTube, which he originally posted in April 2005. “When every YouTuber agrees that removing dislikes is a stupid idea, it probably is,” the YouTube co-founder said. “Try again, YouTube.” 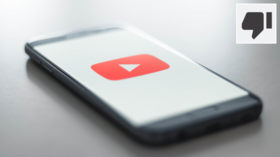 The dig was accompanied by a facepalm emoji. It came after the platform last week said it would begin hiding the thumbs-down count on all videos from public view, citing unfair “dislike attacks” meant to harass creators. Critics accused the company of trying to hide public dissent, particularly on such posts as the deeply unpopular videos uploaded by the White House.

Karim’s reaction was an ironic twist – not only coming from one of the company’s creators, but also being written on an historic video that marked YouTube’s public debut. His 18-second video entitled ‘Me at the zoo’ has been viewed more than 202 million times.

The East German-born software engineer reportedly got about $65 million for his stake in the video-sharing site when Google bought YouTube in 2006. Karim was just 26 at the time and went on to make early-stage investments in such companies as Airbnb and Reddit.

This isn’t the first time that Karim has voiced his displeasure with the direction of YouTube by lodging a critique in the description of his zoo video. He did just that in November 2013, after Google announced that YouTube users would need to use a Google+ account to post comments about videos. 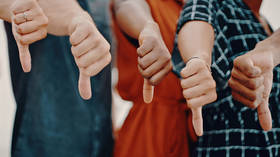 The requirement was widely unpopular, partly because Google required users to attach their real names to have a Google+ account. The company later backed down from the decision and wound up shutting down Google+ for consumer use in 2019.

It’s not clear whether YouTube will stand by its decision on ‘dislike’ counts, as the stats have apparently been restored to some videos from which they had been removed. For instance, one of the platform’s most hated videos – ‘YouTube Rewind 2018’, which was posted by YouTube itself in December 2018 – is again bearing its ugly ratio of three million likes and 19 million dislikes. The trailer for Disney’s new documentary about White House medical adviser Dr. Anthony Fauci was also revealed to have 26 thumbs-up and 1,400 downvotes.