The US Supreme Court refused to hear two appeals from Volkswagen over the emissions cheating scandal on Monday, leaving previous rulings in place and the company vulnerable to “staggering liability,” according to a lower court.

Volkswagen had sought to take its case to the Supreme Court to avoid lawsuits that have been filed against it in three US states in an attempt to force the automaker to pay damages for its failings. The justices did not provide an explanation for the refusal to hear the appeal. 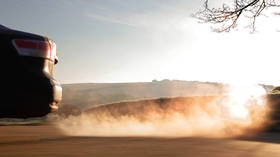 The German motor company has previously argued, unsuccessfully, that states did not have the power to regulate emissions rules, as that responsibility lies with the Environmental Protection Agency (EPA).

Volkswagen claims that allowing states to independently target it will “throw one of America’s largest industries into regulatory chaos, to the detriment of manufacturers, dealers, consumers and the environment.”

“We are mindful that our conclusion may result in staggering liability for Volkswagen,” the Ninth US Circuit Court of Appeals said back in June 2020, blasting the company’s “intentional tampering with post-sale vehicles to increase air pollution.”

The automaker conceded in 2015 that it used illegal software to cheat pollution tests, allowing its cars to produce up to 40 times the legally allowed level of emissions. So far, the emissions scandal has cost Volkswagen over €30 billion ($34.3 billion) in penalties.

The lawsuits in Florida, Ohio, and Utah can now proceed, allowing officials to attempt to hold the company liable for breach of local laws on the tampering of vehicle emissions systems.