US officials blast Apple for not unlocking Pensacola gunman’s phones 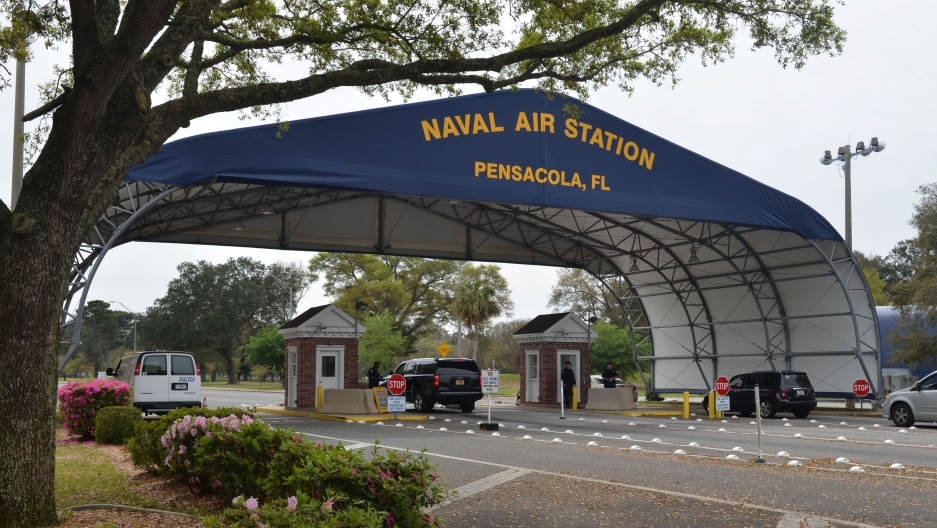 US officials on Monday announced that data retrieved from the cellphones of a Saudi military trainee who opened fire at a Navy base in Pensacola, Florida, in 2019 reveals the gunman had longtime ties to the terrorist group, al-Qaeda.

In their announcement, FBI and US Justice Department officials blasted Apple, the maker of the gunman’s phones, for refusing to help them unlock the devices and accused the company of slowing down the investigation.

Related: Facebook will pay $52M to US content moderators for trauma on the job. What about its international contractors?

The identified gunman, Ahmed Mohammed al-Shamrani, was fatally shot by authorities after killing three US sailors and injuring eight others at Naval Air Station Pensacola during the December 2019 attack.

As part of the investigation that ensued, investigators obtained court orders to search the dead gunman’s phones, but were not immediately able to gain access to the password-protected devices.

“We received effectively no help from Apple.”

“We received effectively no help from Apple,” said FBI Director Christopher Wray, who went on to applaud federal agents for coming up with their own way to break into the phone.

But the monthslong effort “seriously hampered this investigation,” he added.

In a statement to The World, Apple denied accusations that it didn’t help investigators.

“Apple responded to the FBI’s first requests for information just hours after the attack on December 6, 2019 and continued to support law enforcement during their investigation,” the company said. “We provided every piece of information available to us, including iCloud backups, account information and transactional data for multiple accounts, and we lent continuous and ongoing technical and investigative support to FBI offices in Jacksonville, Pensacola and New York over the months since.”

“The false claims made about our company are an excuse to weaken encryption and other security measures that protect millions of users and our national security.”

Apple has long resisted calls by US and other officials around the globe to change its encryption software and create a backdoor that law enforcement can use to access phone data during investigations. In a 2016 interview with ABC News, Apple CEO Tim Cook said creating such a tool would be the “software equivalent of cancer.”

“In cases like this, where the user is a terrorist, or in other cases, where the user is a violent criminal, human trafficker, or child predator, Apple’s decision has dangerous consequences for public safety and national security and is, in my judgment, unacceptable,” US Attorney General William Barr said at Monday’s press conference.

In its statement, Apple said “there is no such thing as a backdoor just for the good guys, and the American people do not have to choose between weakening encryption and effective investigations.”