A former Broadcom engineer has been charged with industrial espionage, accused by the US Department of Justice of stealing trade secrets involving computer chips to benefit his new China-based employer.

Following a federal grand jury indictment, Peter Kisang Kim pleaded not guilty on 18 counts of trade-secret theft during his arraignment at a San Jose federal court on Tuesday. If convicted, the 50-year-old faces up to 10 years in prison and a $250,000 fine for each count.

Kim – a 20-year veteran of semiconductor giant Broadcom – allegedly took secrets from a highly restricted employee-only “document repository” as he was preparing to leave the firm in July 2020.

Kim took up a director-level position at a China-based chip startup, identified only as ‘Company 1’ in the indictment. Company 1 is apparently “seeking to become a leading chip designer focused on China’s domestic market.”

The DOJ accuses him of having “repeatedly used” the secrets on his new employer’s devices. 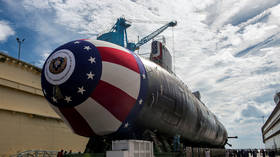 Washington has escalated its efforts to combat alleged tech espionage activities by Beijing, with the Justice Department targeting Chinese researchers, academics, and other professionals working in the US through the so-called ‘China Initiative’.

The Trump-era policy has been criticized for fostering perceived bias against Asian-Americans, and particularly Chinese nationals.

Figures publicly touted by US officials to justify the ‘China Initiative’ claim that 80% of economic espionage prosecutions “allege conduct that would benefit the Chinese state.”

A study published in September found that people of Chinese ethnicity were more likely to be charged under the Economic Espionage Act, though they actually see lower conviction rates.

The DOJ was also found to be “much more likely to publicize allegations of spying when they involve people with Asian names.”