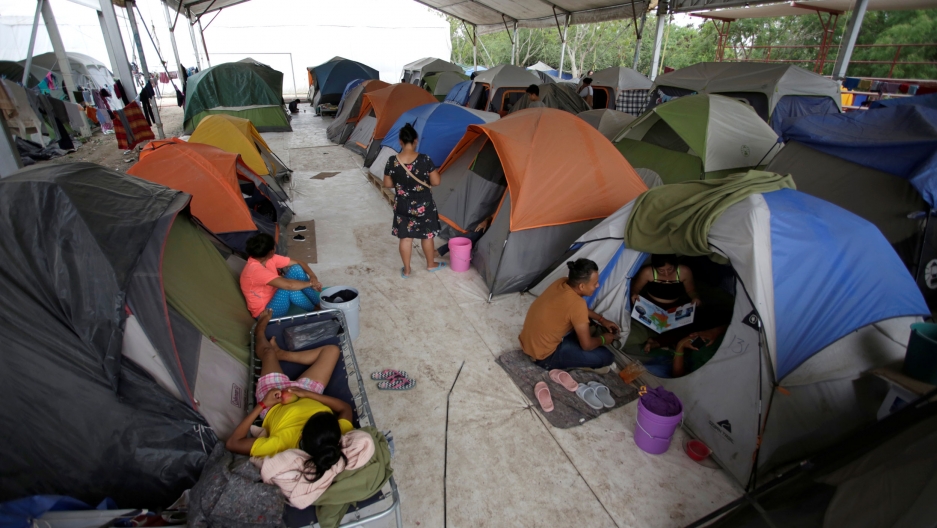 Migrants are seen outside of tents at a migrant encampment where more than 2,000 people live while seeking asylum in the US, in Matamoros, Mexico, April 9, 2020.

The Trump administration is proposing an overhaul of the asylum system that would make it much harder for applicants to win protection in the US. If enacted after public comment, the changes would streamline the asylum process by enabling lower-level asylum officers to throw out applications they deem “frivolous” — preventing applicants from having their claims heard in full court proceedings. Read the 161-page proposal here.

The narrowed grounds for asylum claims proposed by the departments of Justice and Homeland Security would no longer recognize applications based on people fleeing gangs, terrorists, “rogue” government officials or “non-state organizations.”

For now, asylum claims are essentially halted with US borders closed under provisions of the public health emergency Donald Trump declared in March amid the coronavirus pandemic. The proposed changes come on top of another set of rules the administration established last July — requiring migrants fleeing their homelands to apply for asylum in one of the first countries they pass through.

Amazon said Wednesday it plans to halt sales of its facial recognition software to police for a year. The technology has been widely criticized as being used by law enforcement to unfairly profile people of color. Teleconferencing company Zoom has been called out for suspending an account belonging to a group of US-based Chinese activists who held an event on the platform to commemorate the 31st anniversary of China’s Tiananmen Square crackdown. Also, Apple removed the podcasting app Pocket Casts from its Chinese App Store at the request of the government.

On Wednesday, Brazil’s most populous state, São Paulo, reported a record number of COVID-19 deaths for the second day running. The infections and high death tolls come as the government started allowing many businesses to reopen. The virus has disproportionately struck Brazil’s poor, largely neglected favelas. But activists in the favelas are organizing their own fight.

A voter casts a ballot at the Flushing Volunteer Fire Department in Flushing, Ohio, on Super Tuesday, March 6, 2012.

Approximately 32 million Latinos are expected to be eligible to vote in the general election this November, making them the nation’s largest minority voter group, according to the Pew Research Center. But there are numerous efforts to suppress Latinos and black voters underway across the country — particularly as white Americans make up a declining share of the US electorate. And with the COVID-19 pandemic affecting this election cycle, advocacy groups worry it could get worse. 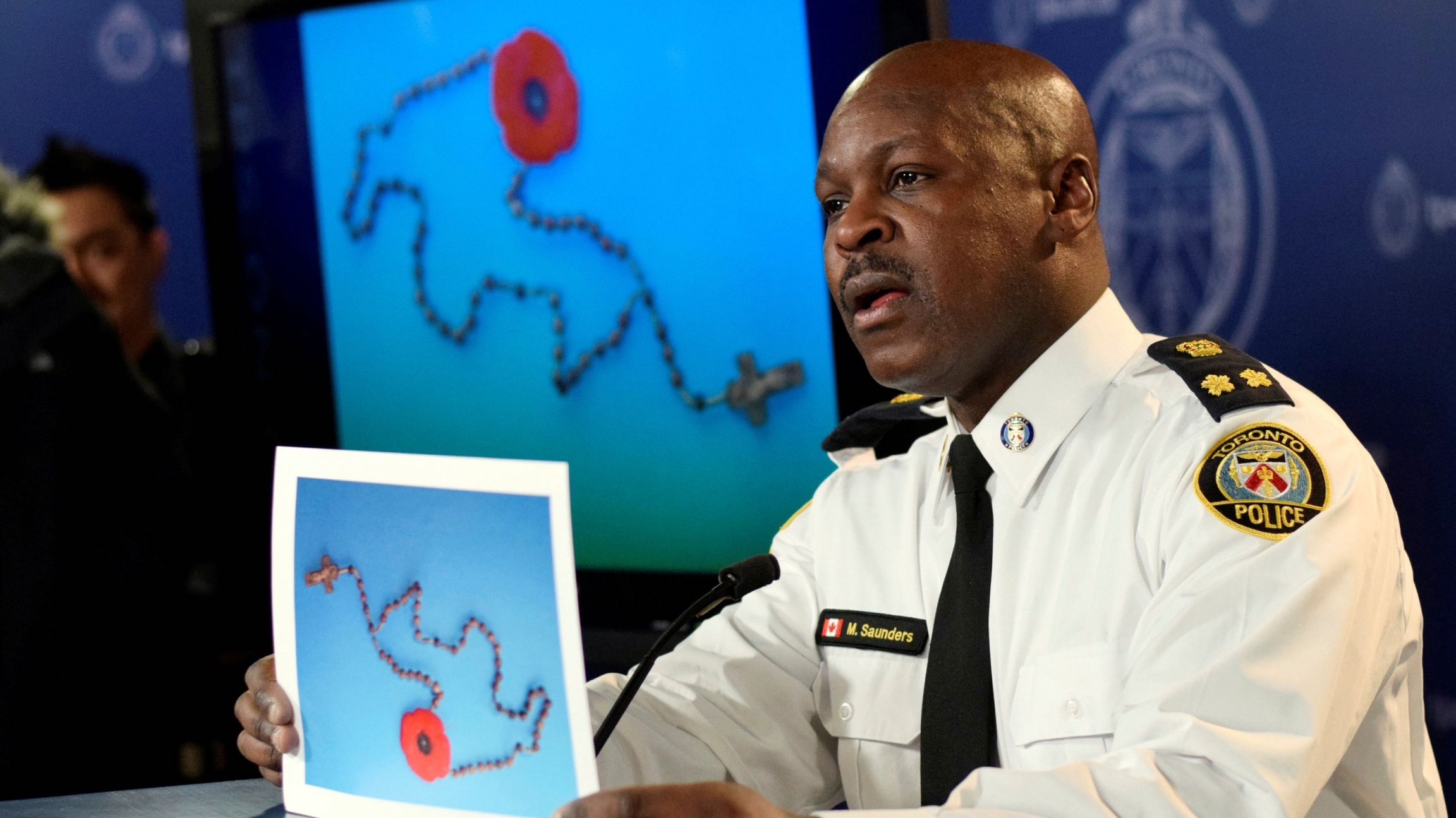 Mark Saunders, then the deputy police chief, speaks at a news conference in Toronto, Canada, Feb. 24, 2015.

With just eight months to go in his term as chief of the Toronto Police Service, Mark Saunders seems to have surprised everyone by abruptly resigning — without fully explaining why. Activists say the Toronto police chief helped maintain the status quo. But after George Floyd’s death, Saunders declared that incremental change was no longer enough. He knelt with protesters in the street. And by stepping away from his position, some say he has left an opening for possible change.

And: From Minneapolis to Madrid, racial profiling and police harassment cost lives

Marmite, the company that makes a — love it or hate it — spread from yeast extract, announced that because of the shortage of brewer’s yeast due to the coronavirus, it’s now only producing the 250-gram jar. A serious situation for Marmite lovers.

Hi Tim, due to brewers yeast being in short supply (one of the main ingredients in Marmite) Supplies of Marmite have been affected.

As a temporary measure we have stopped production of all sizes apart from our 250g size jar which is available in most major retailers. 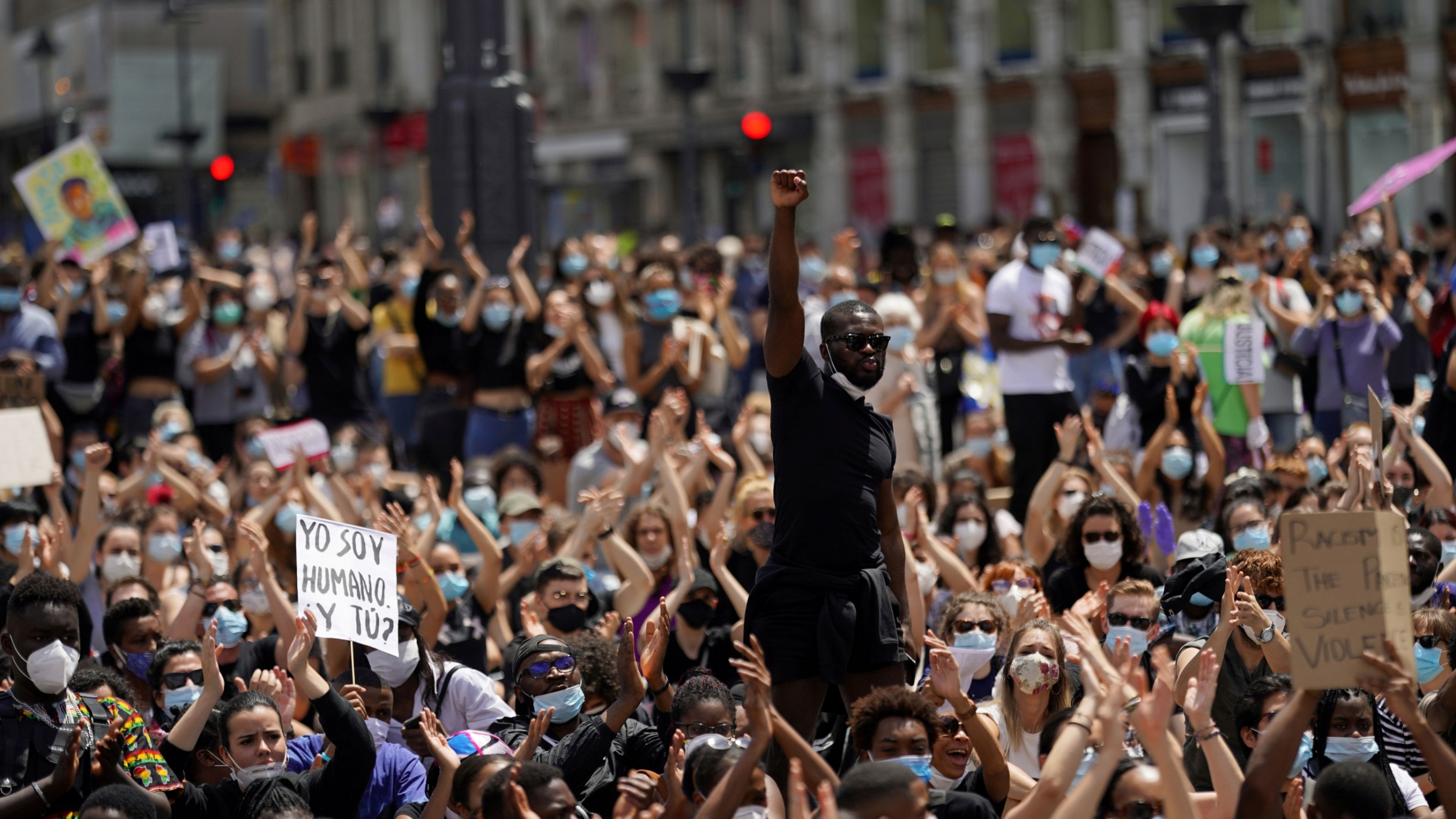 A man raises his fist over a crowd of demonstrators during a protest against racial inequality in the aftermath of the death in Minneapolis police custody of George Floyd, at Puerta del Sol square in Madrid, Spain, June 7, 2020.

Wednesday on The World, we’ll check in on global movements to end systemic racial discrimination. First to Toronto, Canada, where the city’s first black police chief resigned abruptly — months before he was supposed to and without explanation. And, thousands of demonstrators gathered in front of the US Embassy in Madrid over the weekend to commemorate the life of George Floyd. But, they were also protesting the racial inequalities in Spain. Also, as lockdowns were lifted in China, worry spread about imported cases from abroad. Black people were targeted, leading some African Americans in Guangzhou to question whether they could stay.