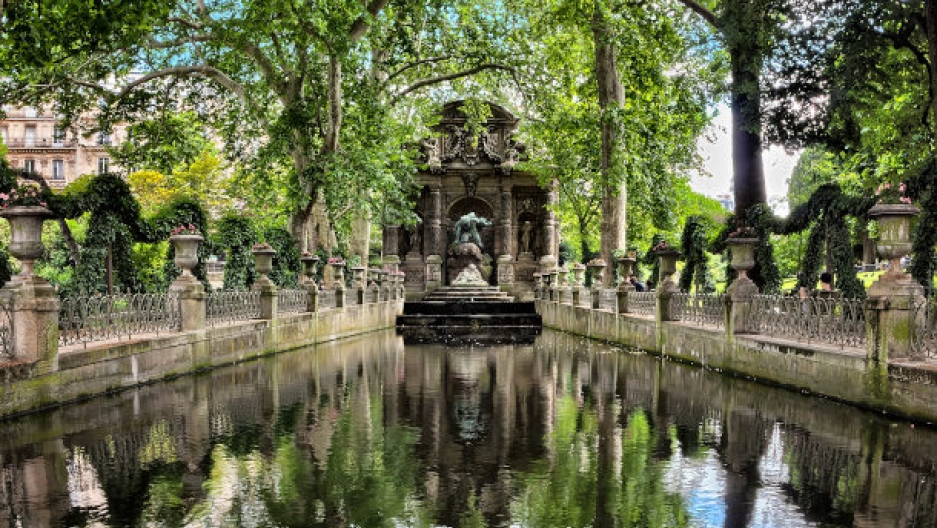 The Medici Fountain is a must-see highlight of the Jardin du Luxembourg. Writer John Freeman has spent much time in this park, contemplating humanity’s place in the natural world and how parks shape and change us.

A new book of poetry by John Freeman, “The Park,” uses the Luxembourg Gardens in Paris as a lens to peer into the paradox of how public green space can provide refuge and access to beauty for some while excluding others.

For the last five or six years, Freeman has spent his summers and winters in Paris. Most of the time, he lives near the Luxembourg Gardens, so it has become “a kind of second home” to him, he said.

“I’ve studied it and lived in it and grieved in it, and missed people in it and met friends in it. So, to me, it feels like another part of my mental circulatory system,” Freeman said.

As the United States has “gone through this spasm of anxiety over what a citizen means,” Freeman said, he’s been spending much of his time in the park, which he now sees as “a kind of giant metaphor for how we live together and who we allow in and who we kick out.”

“I began to write poems in the park, not really thinking in those terms right away, just simply observing the park,” he said. “And gradually, as I transferred them from my notebook to my computer, I realized I was thinking about more than just a park, but about how we live together.”

Related: Connecting with nature in the time of COVID-19

In his poems, Freeman explores the paradox of public parks being open to all, yet also finding ways to exclude some people. Paris, which has over 400 parks and gardens and some 1,000 fountains, has a long history of exclusion that continues to the present day, Freeman said. 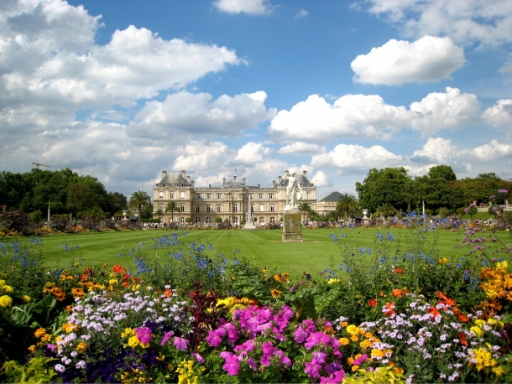 The Luxembourg Palace, surrounded by the Jardin du Luxembourg in Paris, France.

“When I was living in Paris, especially in the last couple of years since the Syrian civil war, you would see migrants, some of whom who had even walked all the way to Paris from a war zone, living in the park,” he said. “Once Macron was elected, he was quite brutal about excluding migrants from public spaces, pushing them out of the city, pushing them out of parks. …

[T]he park encourages you to have a meditative and kind of expansive mode of thinking and people, once they’re in the park, tend to be pretty tolerant of being around each other, and yet there are all these official policies which say certain people are not allowed.”

But parks can also be spaces that open up the possibility of tenderness between people, between people and animals and between humans and the natural world, Freeman suggests.

“As a world, as a society, as a group of humans, I think we’re desperate for tenderness,” he said. “Because we’ve been seeing its opposite for so long — on broadcast and on social media and on all the ways that we get information. And right now, in the middle of this pandemic, I think people are rediscovering the power of tenderness because we’re with each other more.”

When you enter a park, such as the Luxembourg Gardens, Freeman believes “your way of thinking changes and your capacity to be around others expands.”

“There’s no better contrast than the difference between, say, being on Twitter, where you get none of the signals [of] face-to-face communication — tone of voice and body language, smells, touch. So, people are meaner to each other. They just are,” he said.

Cognitive scientists who study face-to-face communication versus computer-mediated communication confirm there is a great difference between the two, he said.

“The park is, to me, the ultimate retreat back into the full capacity of human-to-human communication, and in that sense, I think we need these spaces desperately.”

“The park is, to me, the ultimate retreat back into the full capacity of human-to-human communication, and in that sense, I think we need these spaces desperately,” Freeman insists. “We need places where people can get out of the spaces that bring out the worst in us [and] into those that bring out a more thoughtful register.”

Related: Getting outside is a prescription for better health

“We’ve been sold, through the internet, this idea of public space online, which tends, I think in many ways, to destroy actual physical public space because it draws people into these imaginary spaces, these digital spaces, whereas the public ones are not used as much as they used to be,” he continues. “But I hope this pause, as horrible as it’s going to be — if we can get through it, if we can survive it — makes us remember that public space can be a really beautiful, enlarging thing, especially parks. That they’re there for us to be in to share with other people, that there’s nothing so beautiful as sitting on a park bench and having a picnic. Whatever you’re eating, it’s ennobled by a tree looking down on you, and if we get out of this I think there’s going to be a flood of people going to parks.”

Parks can also be a place of discovery or self-soothing, a place where a small detail can instill a particular feeling or desire. One of Freeman’s poems, “The Folded Wing,” expresses this experience:

The lone duck in
Medici Fountain
slips her beak
beneath a wing
and falls asleep.
Drifting like a
hat tossed into
a green pond.
How good it feels
to be one’s own
comfort, to discover
all the warmth we
need buried in
our bodies. Yes
we bleed, we are
broken, we get
just one body, yet,
there it lies most of
the time, calling
to us, saying, rest here,
lie down in me, I
am more than less
than you, even in a
world that treats
us as two.

“There is something enormously comforting about being in a world where nature abounds,” Freeman said. “And when you can find a space, a public space, where, even if it’s built, even if it’s crafted, even if it’s kind of a fiction, you’re around trees and ducks and birds and animals and light and air and shade and insects and water, you feel this sort of age-old force calling to you.”

This article is based on an interview with Jenny Doering that aired on Living on Earth from PRX.