The Russian Space Forces, having successfully launched a satellite in the interests of the Ministry of Defense from the Plesetsk military cosmodrome in the Arkhangelsk Region, have increased the capabilities of the missile warning system attack. This was announced by a well-known military expert, editor of the magazine “Arsenal of the Fatherland” Alexei Leonkov. 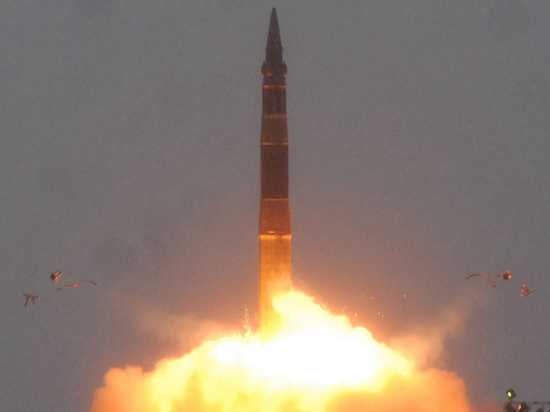 Missile attack warning system & ndash; a strategic element of ensuring the country's security. The task of this system is & ndash; as early as possible to detect the launch of strategic missiles of a potential enemy in the direction of Russia and provide the necessary information to the military-political leadership of the country: how many ballistic missiles are flying, where they are aimed, how long to fly to the target along a ballistic trajectory. & nbsp;

On the basis of this information, the Supreme Commander-in-Chief makes a decision on a retaliatory strike, that is, on the launch of our land-based and sea-based strategic missiles at the most important targets on enemy territory. If the missile attack warning system works as it should, then a nuclear retaliatory strike is guaranteed. This very circumstance keeps a potential adversary from attacking.

The missile attack warning system (EWS) has two main components: a network of ground-based radar stations Voronezh, capable of detecting the start of foreign ballistic missiles thousands of kilometers from our borders and calculating their trajectory, and the so-called space echelon of EWS & ndash; a constellation of special satellites that are 'sharpened' for detecting the launch of ballistic missiles from space.

“ A new missile attack warning system (SPRN) with the launch of the 4th satellite '' Tundra '' completed to the minimum operational level, '' the expert wrote.

He explained that the space segment of the Russian early warning missile system participates in the formation of a retaliatory oncoming strike.

Leonkov recalled that the Soviet space group of the missile attack warning system, which was called Oko, consisted of 9 US-K satellites and participated in the formation of a retaliatory strike.

Since 1991, the Eye was upgraded to the Oko-1 system with US-KMO satellites. Space segment 'Oko-1' was supposed to consist of seven satellites. By 2014, only two US-KMO satellites remained in orbit. Since 2015, in the Russian missile attack warning system, only the ground segment of the over-the-horizon radars has been operating, which formed the algorithm for the retaliatory strike. Significant forces and resources were thrown to restore the space echelon.

“ The appearance of a space segment consisting of Tundra satellites, '' the expert writes, “ significantly reduces the time it takes to make a decision on a retaliatory strike. ''

According to Leonkov, the American warning system “ has a small margin of time to analyze and form a decision on the impact. ''

“ This is probably why in as the main tactics for the use of US nuclear weapons & nbsp; since 2018 & nbsp; have chosen & nbsp; a preventive strike, '' wrote Leonkov.

Only the understanding that a retaliatory strike is guaranteed to them is holding them back from such a strike on targets in Russia. p>