Kyle Rittenhouse defense lawyer Mark Richards has taken aim at the media’s depiction of his client and recent murder trial, blasting outlets like CNN and MSNBC for messing up “basic facts.”

Speaking to ‘NewsNation’ over the weekend, Richards specifically targeted MSNBC and CNN as networks that have presented false depictions of Rittenhouse and his actions, both during and after the trial.

“It makes me angry that they can’t take the time to at least get the generic, basic facts correct because it didn’t fit in the story they wanted to tell,” Richards said. He called out ‘Morning Joe’ host Joe Scarborough for claiming Rittenhouse fired his weapon dozens of times, as well as “some guest host on Joy Reid” for saying Rittenhouse drove hours to reach Kenosha. Both claims are false. 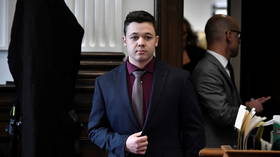 Since Rittenhouse received his ‘not guilty’ verdict in a murder trial stemming from the August 2020 deaths of Joseph Rosenbaum and Anthony Huber during a protest-turned-riot, many have pushed for the teenager to file defamation suits. Nick Sandmann, who himself won defamation suits against media outlets like CNN, has encouraged Rittenhouse to file suit, in the wake of a jury siding with his self-defense argument. Pundits and activists have painted the young man as a racist, though the trial presented no official proof of this.

Richards said that though media coverage was “wrong” from the beginning of the trial, he pushed for the focus to remain on Rittenhouse instead of battling the media.

“When I got involved in this case and there were a couple of other prominent lawyers who were involved and trying to make some calls and I said, ‘Look, all of your riches and civil lawsuits are going nowhere if this kid is found guilty of anything,” he said.

Rittenhouse lawyer Mark Richards on @BanfieldonNNgoes after CNN and MSNBC for their false reporting about the case: "It makes me angry that they can't take the time to at least the generic basic facts correct because it didn't fit the story they wanted to tell." pic.twitter.com/YhBjYPhvJ2

Rittenhouse was arrested and charged after shooting and killing Anthony Huber and Joseph Rosenbaum in an August 2020 altercation during a Black Lives Matter protest in Kenosha, Wisconsin that had turned into a riot.