The Wisconsin judge presiding over Kyle Rittenhouse’s murder trial is rethinking whether he will allow future cases to be televised, citing “grossly irresponsible” and “scary” media coverage.

“When I talked about problems with the media when this trial started . . . , we’re there, in part – not fully, but in part – because of grossly irresponsible handling of what comes out of this trial,” Kenosha County Circuit Court Judge Bruce Schroeder told lawyers in the Rittenhouse case on Wednesday.

Judge in Rittenhouse trial comments on the media's “grossly irresponsible handling of what comes out of this trial.” pic.twitter.com/qaGfKGU8iD

Schroeder made his comments as jurors began their second day of deliberations over the charges against Rittenhouse, who shot and killed two men and injured a third amid riots during August 2020 Black Lives Matter protests in Kenosha. The defendant, who was 17 at the time of the shootings, testified that he acted in self-defense while rioters were attacking him and trying to take his gun. Prosecutors accused him of instigating the violence by bringing an assault rifle to the BLM protest. 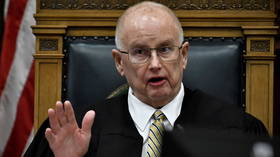 READ MORE: ‘Don’t get brazen with me!’ Judge in Rittenhouse case unloads on prosecutor (VIDEO)

The judge added that he may alter his rules for media access to future trials. “I will tell you this, I’m gonna think long and hard about live television in trial again next time,” Schroeder said. “I don’t know, I’ve always been a firm believer in it because I think the people should be able to see what’s going on, but when I see what’s being done, it is really quite frightening. Frightening, that’s the right word for it.”

Schroeder didn’t specify the media conduct that he was criticizing. The politically charged trial has brought scrutiny over everything from the judge’s phone ringtone to a joke he made regarding the delivery of lunch. Schroeder has been targeted not only with criticism, but also threats of violence against him and his children if Rittenhouse is acquitted. Letters and emails sent to the court have made such statements as “He’s only a judge by day but can be a victim by night.”

Jurors on Wednesday asked Schroeder how they could view videos that were presented as evidence at the trial. The judge said he would allow jurors to view videos in the courtroom and be given only general descriptions. 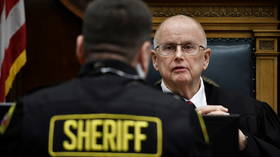 Mark Richards, a lawyer for Rittenhouse, said again showing high-resolution drone footage that was presented by prosecutors would further taint the jury. He said prosecutors withheld the evidence, giving the defense team only a low-resolution copy of the video that wasn’t the same length as the clip shown at trial. The defense also argued that the video was enhanced using artificial intelligence technology, which made it unfit to present as evidence in court.

The footage was one of several issues that Rittenhouse’s lawyers cited in a motion they filed on Monday to have the charges dismissed with prejudice, meaning the defendant couldn’t be re-indicted. They accused prosecutors of “overreaching” and acting in “bad faith,” such as when Assistant District Attorney Thomas Binger questioned Rittenhouse about why he hadn’t given his account of the shootings prior to trial.

Schroeder, who scolded Binger during the trial, hasn’t ruled on the motion to dismiss.