Old Dominion University has placed Dr. Allyn Walker on leave, after the non-binary professor spoke out in favor of erasing the “stigma” surrounding pedophilia. The professor’s comments incited outrage online.

“Old Dominion University has placed Dr. Allyn Walker on administrative leave, effective immediately, from their position as assistant professor of sociology and criminal justice,” read a statement from the Norfolk-based university on Tuesday. The statement added that “the controversy over Dr. Walker’s research has disrupted the campus and community environment and is interfering with the institution’s mission of teaching and learning.” 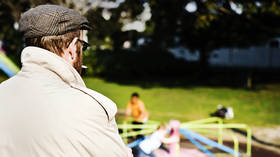 READ MORE: A professor wants to ‘destigmatize’ pedophilia. No, absolutely not

“I want to state in the strongest terms possible that child sexual abuse is morally wrong and has no place in our society,” said ODU President Brian Hemphill.

Walker, who goes by they/them pronouns, published a book this summer entitled ‘A Long, Dark Shadow.’ In it, Walker sympathetically discussed the plight of “Minor-Attracted People” or “MAPs” and argued that these people – considered “pedophiles” by most – deserve recognition and dignity.

“Having an attraction to minors as long as it isn’t acted on, doesn’t mean that the person who has those attractions is doing something wrong,” Walker stated last week in an interview with the Prostasia Foundation – a San Francisco-based nonprofit that calls itself a “child protection organization.” Numerous sex offenders have worked for the Prostasia Foundation, and the organization has garnered controversy for organizing support groups for pedophiles.

“I think we have a tendency to want to categorize people with these attractions as evil or morally corrupt,” Walker told Prostasia. “From my perspective, there is no morality or immorality attached to attraction to anyone, because no one can control who they’re attracted to at all.”

Walker’s comments were met with a furious backlash online, and Old Dominion’s statement on Tuesday was not the first time the university attempted to quell the controversy. On Saturday, Old Dominion initially defended Walker’s work, stating that academics should be “willing to consider scientific and other empirical data that may involve controversial issues and perspectives.”

“Following recent social media activity and direct outreach to the institution, it is important to share that Old Dominion, as a caring and inclusive community, does not endorse or promote crimes against children or any form of criminal activity,” the university said.