The US military has updated its “extremism” policy, allowing commanders to punish service members for “actively participating” in banned activities – from supporting terrorism to liking a post deemed extremist on social media.

The new rules were rolled out on Monday, Department of Defense officials told AP, though the official document has not been made publicly available yet. It is the first update to the extremism policy since 2012.

The update focuses “exclusively on actions” as opposed to “any particular ideology or any political organization,” one DOD official told reporters at a background briefing. That means the prohibition on “participation” in groups that advocate any kind of “supremacist, extremist, or criminal gang doctrine, ideology, or causes” remains in effect, as well as groups that “advocate the use of force, violence, or criminal activity; or otherwise engage in efforts to deprive individuals of their civil rights.” 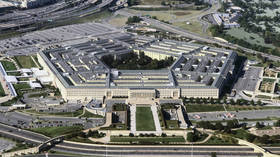 You can’t win against China with billions of Pentagon dollars

What’s new is the definition of six broad categories of “extremist activities” and 14 definitions of what constitutes “active participation” in them. Under the new rules, a commander can penalize a service member if they actively participated in behavior that fits the definition of extremism.

As reported by AP, among the banned activities are advocating terrorism and supporting the overthrow of the government, fundraising and rallying on behalf of groups designated as extremist, and liking or reposting such views on social media.

In February, Defense Secretary Lloyd Austin ordered a one-day “stand down” of the entire military to address “extremism” in the ranks in the wake of the January 6 riot at the US Capitol. Fewer than 100 service members were involved in “substantiated cases of extremist activity” over the past year, officials told AP on Monday, but added that the Pentagon fears that number may grow, particularly among veterans.

The new rules were based on the recommendations from the Countering Extremist Activity Working Group, led by the controversial activist Bishop Garrison. Former Acting Director of National Intelligence in the Trump administration Richard Grenell has denounced the policy as politically motivated.

“What this is really about is that Biden and the Democrats are demanding there be no dissent in the military – just like they’ve done on college campuses,” he said on Twitter.