Pharmaceutical company AbbVie has settled a lawsuit from New York claiming the drugmaker helped fuel the opioid crisis in the state. The company has agreed to pay out $200 million.

New York Attorney General Letitia James announced the settlement on Wednesday, the day closing arguments were expected to be heard in a trial that has stretched five months. Three-quarters of the settlement will be put toward recovery programs for opioid addiction. 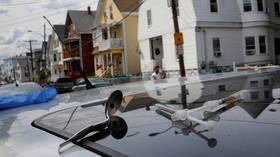 New opioids spark deadly wave of overdoses in US

Teva Pharmaceutical remains a defendant in the lawsuit as the hearings proceed.

The lawsuit is one of many across the US against pharmaceutical companies, aimed at targeting their role in skyrocketing opioid addiction in the country. James and lawyers from two New York counties have been seeking to hold AbbVie and Teva responsible for the costs incurred by the government and public from opioid addiction.

AbbVie’s $200 million payment means Allergan, which is under its corporate umbrella, will be removed as a defendant in the opioid lawsuit. James said the company has until mid-2022 to pay the agreed-upon amount. Allergan also previously agreed to stop selling opioids.