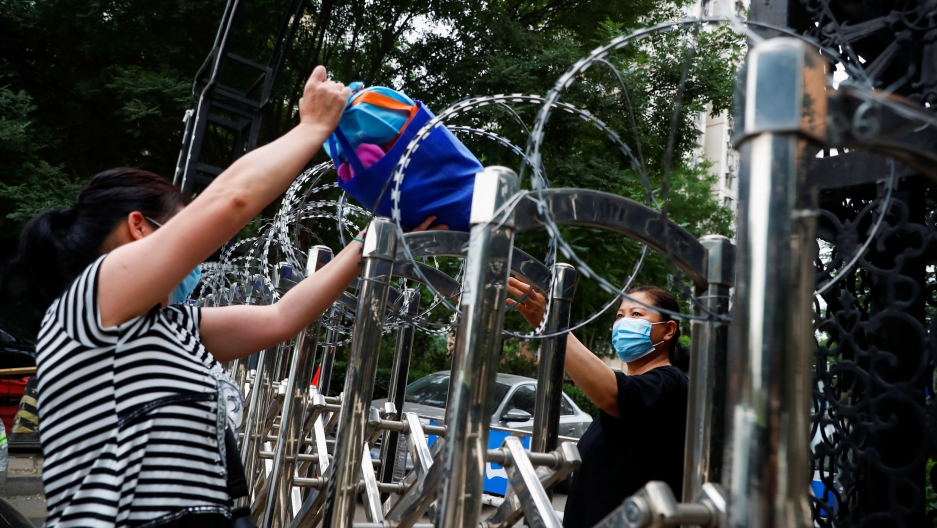 A person receives a parcel inside a residential compound that has been put under stricter virus control measures and surrounded by barbed wire after a new outbreak of the coronavirus, in Fengtai district, in Beijing, China, June 17, 2020.

Chinese officials have described the new outbreak of the novel coronavirus in Beijing as “extremely grave.” More than 60% of flights to the capital have been canceled and China’s emergency warning has been raised to its second-highest level. But China is not alone in dealing with growing cases of the virus, as infections have spiked in the US, India and Iran.

Six US states have reported record highs of new cases. Texas is among them — it’s seeing thousands of new cases and hospitalizations after the state agressively reopened the economy in May. Gov. Greg Abbott said earlier this week that the recent spike “does raise concerns, but there is no reason right now to be alarmed.”

After more than three weeks without a new case of the coronavirus, New Zealand Prime Minister Jacinda Ardern announced an “unacceptable failure” in which health officials allowed two women returning from London to leave quarantine early on compassionate grounds before being tested. The women later tested positive for the virus. Ardern has now appointed a top military leader to oversee quarantine measures.

And, while many have pointed to the link between the coronavirus and wet markets, some warn that “in the rush to create a safer food system, culturally significant food practices, which pose comparatively minor public health risks, are coming under threat,” The Guardian reports.

At least 20 people have died in close combat clashes between Indian and Chinese troops on the disputed border in the Himalayas. Soldiers engaged in hand-to-hand combat and reportedly fought with rocks and nail-studded bamboo sticks. Both countries have lobbed accusations at each other. China has recently taken an aggressive tactic on territory and borders, and over the last several decades has built infrastructure around the Line of Actual Control demarkating the region. With the loss of life in this week’s clashes, de-escalation of tensions may be difficult to achieve.

Controversial Honduran President Juan Orlando Hernández has tested positive for the coronavirus, along with his wife and two aides. In Russia, President Vladimir Putin’s residence now has a disinfectant tunnel to protect him from the disease. But do these tunnels come with more risk?

After more than a decade evading charges of war crimes and crimes against humanity in Darfur, a Sudanese suspect, Ali Muhammad Ali Abd-al-Rahman, widely known as Ali Kushayb, finally appeared in court. The conflict, which the United States later called a genocide against Indigenous Africans, left an estimated 300,000 people dead and more than 2 million displaced. For some Darfuris, Kushayb’s arrest is a sign that justice, long-elusive, could be on the horizon. 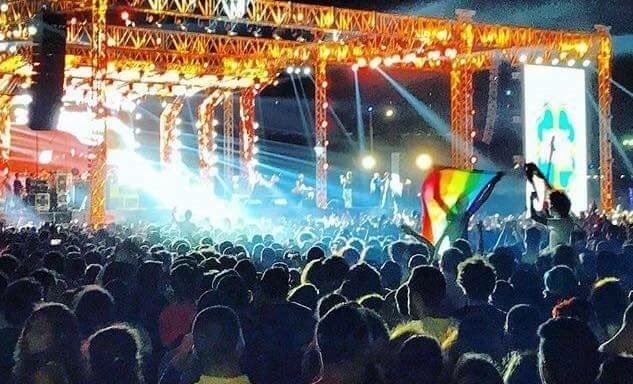 Crowds listening to Mashrou Leila concert in Cairo in 2017.

Sarah Hegazi will be remembered as someone who just wanted to be herself — and was imprisoned and tortured for doing so. During a 2017 music festival in Cairo, Hegazi hoisted a rainbow flag above the crowd — a daring move in a country where homosexuality is taboo. A friend took her photo, and Hegazi became famous after the image spread across on social media. But that moment came back to haunt her. On Saturday, Hegazi died by suicide in exile in Canada. She was 30 years old. 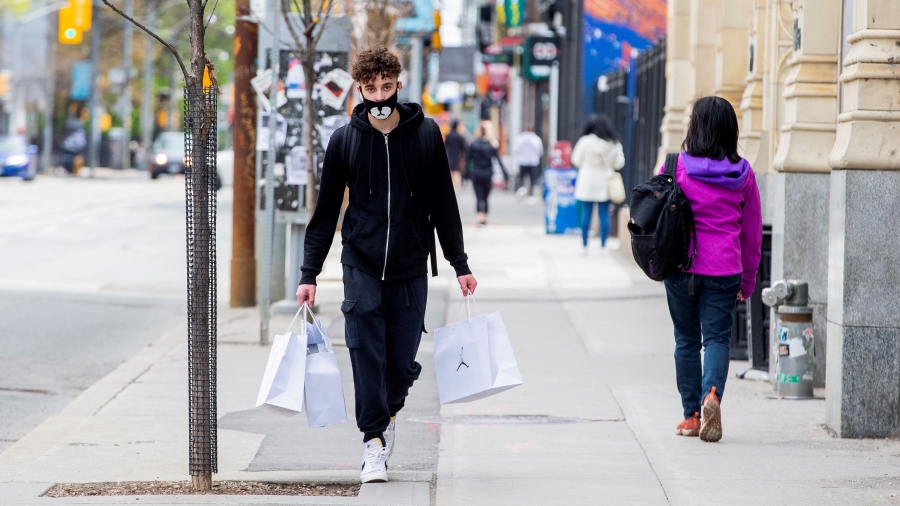 Nick Abrantes walks after purchased three pairs of shoes during a phased reopening from the coronavirus disease (COVID-19) restrictions in Toronto, May 19, 2020.

Canadians who have lost their job or can’t work because of the coronavirus can apply for an emergency jobless benefit from the Canadian government. It’s a temporary program, but it’s also turned into what may be the world’s largest experiment with a universal basic income. More than 8 million Canadians have applied.

As governments scramble to come up with ways to financially support people out of work because of the pandemic, many economists and politicians say the Canadian program is proof the time has finally come for a no-strings-attached, guaranteed income.

Austrian police have fined a man €500 after he provocatively “let go a massive intestinal wind apparently with full intent.” We’re blown away. 💨 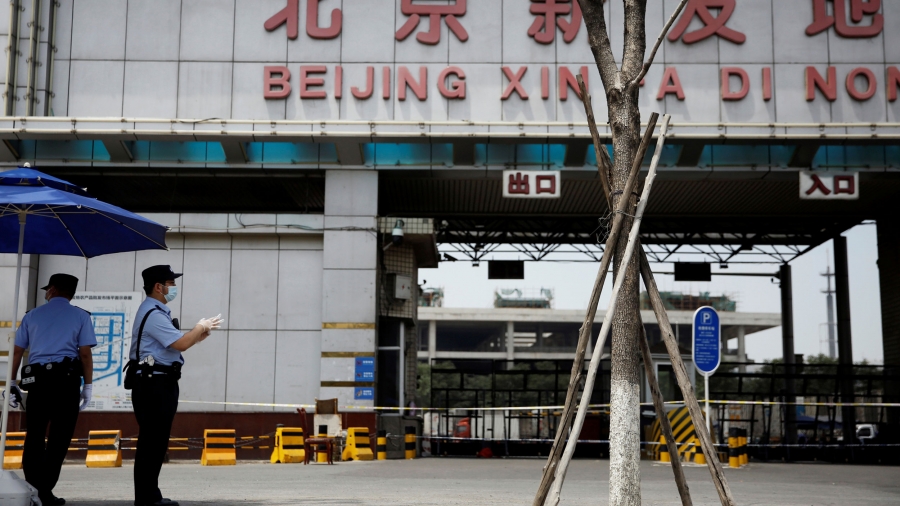 Police officers wearing face masks and gloves stand guard outside an entrance to the Xinfadi wholesale market, which has been closed following cases of the coronavirus in Beijing, June 16, 2020.

A new cluster of cases of the coronavirus in Beijing is raising concerns about a second wave in China. Also, anger is mounting over the deaths of Indigenous people at the hands of police in Canada, sparked by the killing of George Floyd. And, how South Africa’s transition from apartheid to a new South Africa might be instructive for how the United States might use this unprecedented moment of focus on race.