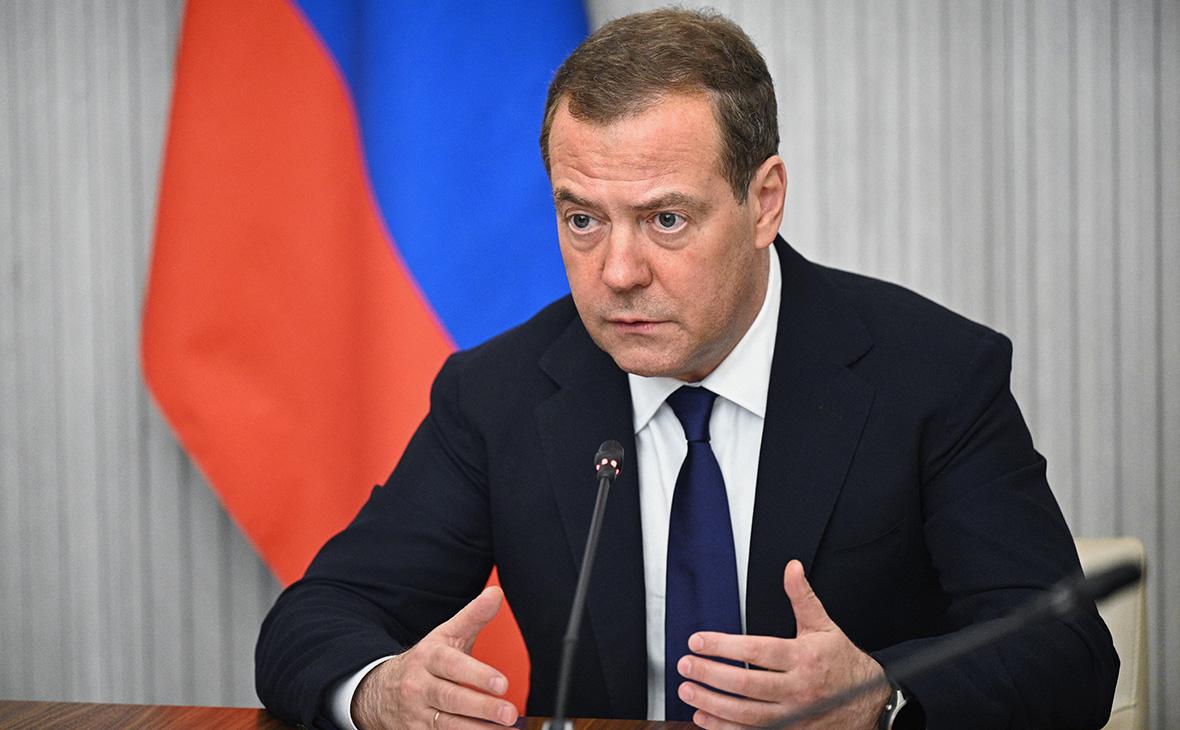 Ukraine takes away from Russia on paper, and Russia— on the ground. This is how Deputy Chairman of the Security Council Dmitry Medvedev responded to the proposal of Ukrainian President Volodymyr Zelensky to confiscate Russian property.

“Our Armed Forces are successfully dealing with the issues of confiscation of the criminally acquired property of the Kyiv regime and its return to the suffered residents of Donbass”,— he added.

Earlier on August 6, Zelensky said that Russian assets totaling about $765 million had already been confiscated in Ukraine. According to him, this work continues, and more than 900 objects belonging specifically to the Russian state are proposed to be confiscated.

The day before, Prime Minister of Ukraine Denys Shmyhal announced that the government had approved a decree on the transfer in favor of Ukraine and the Ukrainian people 903 objects owned by the Russian state, sanctioned citizens and companies from Russia and Russian banks.

On March 10, Zelensky signed the law “On the Basic Principles of Compulsory Seizure in Ukraine of Objects of Property Rights of the Russian Federation and Its Residents.” According to the document, the seizure of such property in the country will be carried out “without any compensation for its value.” The document concerned only the property of legal entities.

In early April, Kyiv extended the scope of the law to individuals: citizens of Russia and persons closely associated with Russia.

Read on RBC Pro Pro What you need to know about buying property in Thailand: nuances and tips Articles Pro Defeat procrastination. How to Stop Procrastinating Tomorrow Summary Pro Digital Bedouin: How Russians Go to the Emirates with Business Pro Articles Imposter Syndrome and FOMO: Syndromes that Intensify During a Crisis How To Pro Eight Tips for Taking Meditation to the Next Level How To Pro x The Economist Inflation 160%: why the Turkish authorities can't contain the rise in prices and companies supporting Russia's special military operation in Ukraine.

On June 25, the Senate of Canada approved a bill that allows the sale of confiscated assets of sanctioned people . The proceeds can be used to restore a foreign country “suffered as a result of a gross violation of international peace and security.”

The US Department of the Treasury indicated that the confiscation of the assets of the Russian Central Bank would be legally illegal.

The Kremlin said that if foreign countries take measures to seize Russian assets in favor of Kyiv, “it would actually be outright theft”, which would require a response from Moscow. Russian President Vladimir Putin warned that “theft of other people's assets has never brought anyone good.”