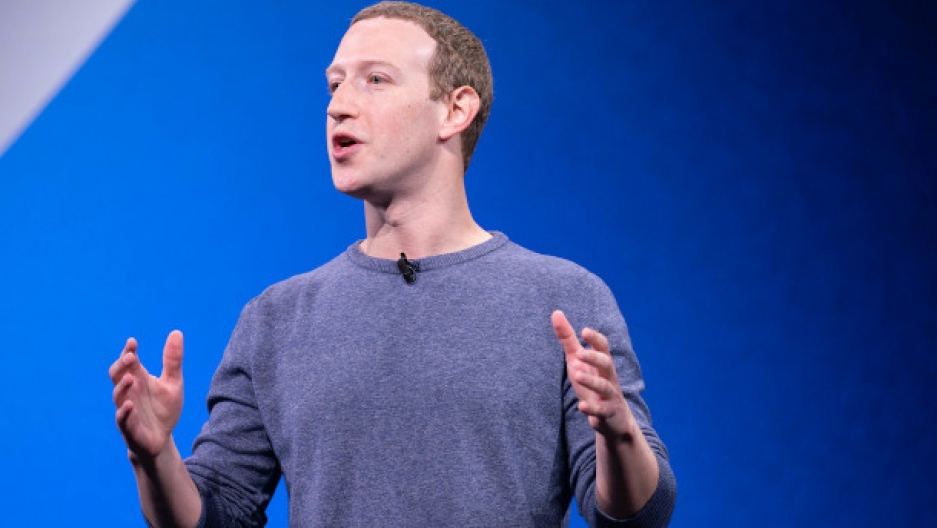 Facebook CEO Mark Zuckerberg has argued in the past that Facebook is not a media company and therefore should not regulate content posted on the platform.

Three major environmental groups are demanding that Facebook take steps to curb the spread of racism, extremism and misinformation about climate change on its platform.

The Natural Resources Defense Council, Earthjustice and 350.org have joined more than 1,000 other companies in pausing their advertising on Facebook this month as part of the “Stop Hate for Profit” campaign.

Most other environmental groups, such as the Sierra Club, have yet to take a stand on Facebook’s policies around hate and climate denialism.

Emily Atkin, a climate journalist and author of climate crisis newsletter Heated says environmental organizations and other nonprofits are in a tough spot.

“How do they want to spend their money,” Atkin asks. “Do they want to spend it on a platform that is actively spreading climate change disinformation but at the same time really helps them get their message out? I think it’s really hard for a lot of nonprofits and charities and advocacy groups to balance those concerns.”

The Stop Hate for Profit campaign specifically says it’s asking companies, businesses and corporations to boycott Facebook only for the month of July, Atkin notes. The campaign is not pushing nonprofits or advocacy groups to join, but they can be a part of it if they choose.

“There’s a faction of environmental groups that says we should be putting our money where our mouth is and this is not where movements are built: ‘Movements are not built on Facebook; they’re built in the real world,’” Atkin explains. “But there are others that say Facebook is the best place that we operate right now, especially during the time of coronavirus.”

Atkin’s own reporting has focused on Facebook’s fact-checking procedures, which, somewhat bizarrely, seem to favor purveyors of fringe opinion over actual science. Her reporting began after a powerful, fossil-fuel funded group called the CO2 Coalition, which argues that excess carbon dioxide is beneficial for humans, published an op-ed in the Washington Examiner claiming that “all climate models are wrong and climate science is basically BS,” Atkin says.

Related: European lawmakers had tough questions for Mark Zuckerberg. For the most part, he ducked them.

When they posted the piece on Facebook, the company’s independent fact-checkers, comprised of published scientists, deemed the article false. The CO2 Coalition disputed this designation, claiming the article was an opinion piece that shouldn’t be given a “false” label. Facebook agreed and removed the label because its policies state that opinion pieces are not subject to fact-checking rules.

At the same time, Facebook has been fact-checking actual climate scientists, including Katharine Hayhoe, a lead author of the “Fourth National Climate Assessment,” and a professor at Texas Tech University, Atkin says. Facebook placed restrictions on Hayhoe’s videos about her climate research, claiming they are “political.” They required Hayhoe to provide certain information to Facebook in order to post the videos — information Hayhoe feared would expose her to personal attack from climate change deniers and other online trolls.

Related: How science denial on the political right hampers the US response to COVID-19

“It’s a basic misunderstanding on Facebook’s part of what science is. It’s neither opinion nor political. It’s the best process that we have to determine objective truths.”

“It’s a basic misunderstanding on Facebook’s part of what science is,” Atkin continues. “It’s neither opinion nor political. It’s the best process that we have to determine objective truths. I don’t think it’s controversial to say that that should be something our biggest social network — our biggest purveyor of information — should understand in its policies. And right now, it doesn’t appear to.”

“If we don’t act on climate change — this isn’t my opinion, this is the science — people will die.”

Facebook’s policies are risky for both science and for public health, Atkin says. “We know the consequences of spreading misinformation about epidemiology and about the way coronavirus spreads,” she notes.

Atkin says the most compelling part of the story to her was the reaction of the CO2 Coalition to Facebook’s decision-making. The group said it was “really thankful” for Facebook’s opinion content loophole because their climate denial views were no longer getting traction with the mainstream media.

“Reporters from The New York Times and The Washington Post aren’t reaching out to them for the ‘other side’ of the climate story now,” Atkin says. “Finally, they found what they believe is an ally in Facebook. If that’s what Facebook wants to be, then that’s what we need to think of it as.”

This article is based on an interview by Steve Curwood that aired on Living on Earth from PRX.

After this segment aired, Facebook provided the following statement:

“When someone posts content based on false facts on our platform, even if it’s an op-ed or an editorial, it’s still eligible for fact-checking. We’re working to make this clearer in our guidelines so that fact-checkers can use their judgment to better determine whether something is an attempt to mask false information under the guise of opinion or actually opinion content.”