Four telephone companies have settled with the US Federal Communications Commission (FCC) over failed 911 calls during ‘network outages’ in 2020, paying out over $6 million. The cause of the outages has not been made public.

AT&T, Intrado, Verizon, and CenturyLink (now known as Lumen Technologies) have reached settlements with the telecoms agency, the FCC announced on Friday. They have also agreed to comply with the FCC’s 911 availability rules in the future. 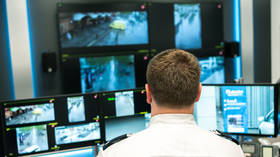 New Jersey cops turn citizens’ phones into surveillance devices – for their own good, of course

“The most important phone call you ever make may be a call to 911,” FCC chair Jessica Rosenworcel declared in a press release accompanying the settlement announcements. “Sunny day outages can be especially troubling because they occur when the public and 911 call centers least expect it.”

AT&T is on the hook for $460,000 regarding two different investigations into network outages taking place on September 28, 2020. The company was also investigated for failing to notify the affected 911 call centers of the outages in a timely manner and failing to “deliver number and location information” – another violation of FCC rules. Lumen and Intrado paid out $3.8 million and $1.7 million, respectively, to resolve investigations into outages taking place on the same day.

Verizon settled with the FCC over a May 7, 2020 outage for a total of $274,000. All four companies have agreed to implement an unspecified “compliance plan” to ensure they adhere to the agency’s 911 reliability rules going forward.

The September outage affected at least 14 states across the US, in some cases lasting as long as an hour and a half, forcing first responders to scramble to get alternate lines up and running – and inform the public about them before it was too late. No information was forthcoming about why the emergency line went down.

Wireless carrier T-Mobile agreed last month to settle with the FCC for $19.5 million following its own 911 outage in June 2020. That outage led to more than 23,000 dropped emergency calls, while an October FCC report revealed it also resulted in at least 250 million total failed calls and an inability to access data service in some places. The outage lasted over 12 hours.

Dispatch technology for 911 calls has increased in complexity in recent years, in some cases allowing emergency services technicians to stream audio and even video from callers’ phones. While this function ostensibly helps first responders understand what kind of emergency they are about to respond to, some have questioned the level of intrusion such systems would allow – especially given that some such systems don’t require the caller to sign off on whether they consent to being monitored via their smartphone’s camera and microphone.