Fair & Lovely cream gets a makeover in India, but will it change prejudice? 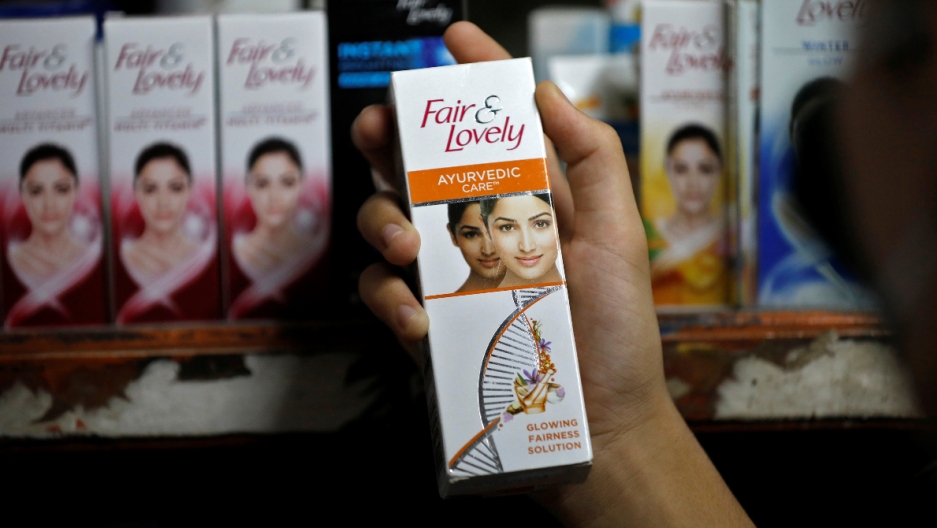 A customer picks up Fair & Lovely brand of skin lightening product from a shelf in a shop in Ahmedabad, India, on June 25, 2020.

Last week, consumer giant Unilever announced it will rebrand its bestselling skin-lightening cream, Fair & Lovely, and drop the word “fair” from its name in the latest makeover of the brand in response to global backlash against racial prejudice.

Unilever also said it will remove the words “fair/fairness,” “white/whitening,” and “light/lightening” from its branding and packaging.

“We recognize that the use of the words ‘fair,’ ‘white’ and ‘light’ suggest a singular ideal of beauty that we don’t think is right, and we want to address this,” Sunny Jain, president of Unilever’s beauty and personal care division, said in a press release.

Unilever and its Indian subsidiary, Hindustan Unilever Limited, have been criticized extensively for promoting colorism — the discrimination against people with darker skin tones — and for making women with darker skin shades feel insecure and inadequate.

In India, the biggest market for Fair & Lovely, marketing campaigns for skin whitening products have emphasized light skin as a positive quality. The products have been endorsed by leading Bollywood celebrities, as well as other youth icons.

The Fair & Lovely cream — and colorism — is something Mumbai-based documentarist Richa Sanwal has been familiar with since she was a child growing up in India.

Sanwal welcomes the news from Unilever, but says more needs to be done to change the stigma associated with a darker skin tone that has been perpetuated by skin lightening products.

“I do think it is a symbolic message and a step in the right direction. However, a lot of us here feel like that’s not entirely addressing the social stigma that comes with these creams because essentially you’re still selling a fairness cream brand, just packaging it as not Fair & Lovely, but whatever it is they come up with,” Sanwal told The World. “So essentially we’re still selling that same dream, just packaging it differently.”

Related: Born a crime: Talking with Trevor Noah about race and identity

As a child, Sanwal’s family members, especially her grandma, usually commented on her skin tone in comparison to that of her cousins, who had lighter skin.

As a journalism student at New York University (NYU) in 2014, Sanwal produced a documentary titled “In All Fairness” about her personal story and colorism. In it, she documents her  journey, speaking with family members about how comments about her skin tone affected her as a child and as an adult.

Sanwal says the conversations with her grandmother were not comfortable, but they were “therapeutic and cathartic” for her.

“My grandmom was born when the British were still ruling India. And I think [that idea] comes from there, that white is superior and you’re being light-skinned is the way to be. And my grandma would inevitably, just keep comparing me to my lighter-skinned cousins. And that’s why I decided to use those creams myself, you know, in order to please her and to get validation from people around me, just to be called pretty like my cousins,” Sanwal said.

Sanwal says that the perception that “fair is beautiful” is deeply ingrained in Indian society and that will take a lot of time to change.

“A lot of Bollywood actors who endorsed fairness cream brands were called out after Black Lives Matter protests began in the US about their own hypocrisy. They were all supporting Black Lives Matter movement, but at the same time, they were also endorsing fairness cream brands,” Sanwal said. “So I really hope that the awareness that we’re trying to spread through the documentary work that I have done or all the amazing activists that we have in our country will collectively, hopefully, create that change.”

Listen to the full interview with Richa Sanwal by clicking on the play button above.

Reuters contributed to this report.