Duterte’s ‘weaponization of the law’ is a threat to democracy, says journalist Maria Ressa 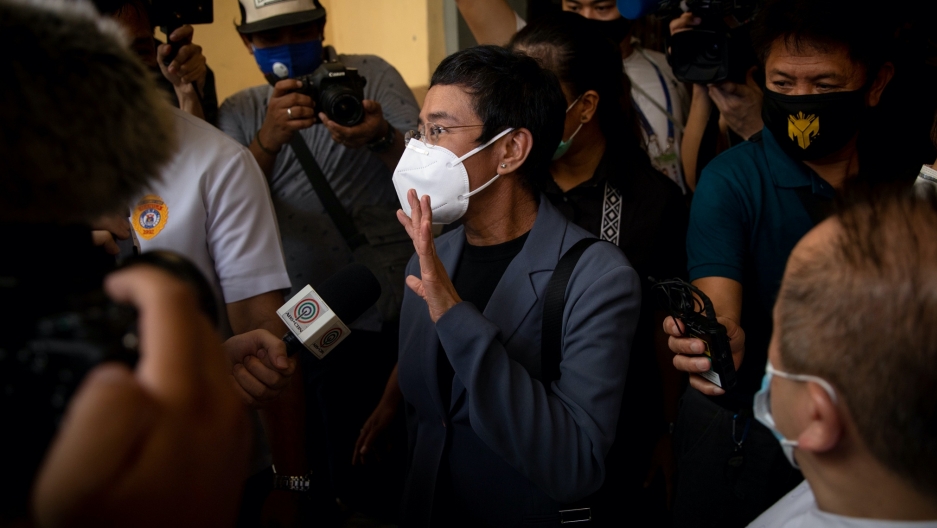 Filipina journalist Maria Ressa, the founder of the online news outlet Rappler Media, has spent years staring down President Rodrigo Duterte, one of the world’s most ruthless dictators.

She hasn’t blinked yet.

But this week, a Manila court convicted Ressa and a former colleague at the news site she founded of the crime of cyber libel.

Her alleged crime involved a 2012 article published on Rappler that linked a Filipino businessman to human trafficking and drug smuggling. She could face up to six years in prison.

“In 2014, someone in Rappler noticed a typographical error in this 2012 article, and they changed one letter of one word. Based on that, I could go to jail for six years because the judge then ruled that this is re-publication. Of course, we’re going to challenge this. And I hope I do get justice at some point,” Ressa told The World while out on bail waiting to appeal the verdict.

Related: Violence toward journalists is rising around the world

Ressa spoke with Marco Werman about her legal challenges and what it means to be a journalist in the Philippines under the Duterte administration. She says the legal acrobatics the Filipino government performed to get to a guilty verdict are a saga of their own.

Marco Werman: It sounds like a really Kafkaesque situation you find yourself in. Are you preparing yourself mentally for the possibility of going to jail?

Maria Ressa: It took me a month of really thinking about it. I talked to other journalist friends who had been imprisoned, and I realized that the path I was on that I would need to start thinking about this. I had to confront that.

President Duterte has called journalists “sons of bitches.” He says journalists are not exempt from assassination. Do you think on some level you intimidate Duterte? Or are the attacks against you personal on some level for him?

I’m not sure. I know the last time I spoke with him directly was in December 2016. That was his first year in office. I was one of four journalists that he gave interviews to. I think that the Duterte administration makes examples of people. Among businessmen, he focused early on after he took office on a businessman whose …company’s stocks dropped, and they were forced to sell. And politicians — Senator Leila de Lima was head of the Commission on Human Rights and was running after [Duterte] for human rights violations when he was still mayor. She [was] imprisoned in February 2017, and she is still in prison until today. And then, for journalists, I’m a cautionary tale. And I think that there’s some level of threat that if we can do this to her, imagine what we can do to you.

Does his language frighten you?

It’s something that we gradually accepted in Rappler. And then, when we were confronted bit by bit with decisions that we had to make, the choice was always very clear. And part of that probably was because the women who founded Rappler were older. I was in my 50s already at that point. I felt like I’d spent my entire career going to the gym to get ready for this moment. So — frightened? By the time I realized the path I was on, I just spent some time to wrap my head around it in the same way for the Monday verdict, I sat and accepted the worst-case scenario. And if I was okay with the worst-case scenario, then everything else will be all right.

I know a lot of Filipinos support President Duterte. What is it like for you, battling such a popular dictator, when he’s got that support behind him?

He was one of five presidential candidates, and he didn’t win substantially. In fact, he won only a small majority over the five. I think he’s definitely a popular president. His authoritarian style of leadership was what Filipinos wanted during great times of uncertainty. The fact that he says what he thinks — he seems like “every man.” But he’s also aided by a propaganda machine on social media. And these disinformation networks seed these narratives that really take on a life of their own and float his reputation. One of the most familiar narratives is that “He’s just like me. He is the best president this country will ever have.” I have never — and I’ve gone around a lot in the Philippines — no one has ever come to my face to say or do the things that they do on social media. I’ve been a journalist for a long time. This next year will be my 35th year. And this is part of the reason I worry about the manipulation of the public sphere through social media.

You’ve been working as a journalist since 1986. What will stop you from reporting?

I hope nothing. I mean, I did conflict reporting in Southeast Asia for CNN. I’ve worked in war zones. And this time period, with the kind of hate and exponential attacks you get on social media — the weaponization of the law — this is tougher. This is a tougher environment to work in than a war zone because you don’t know where the attacks are going to come from, right? There’s a Damocles sword hanging over your head all the time. When I look at my colleagues in the Philippines, look, the largest newspaper was attacked first by the president. The largest television station was just shut down about a month ago. We were the third attack. And what I’ve learned is that we need to swat away the Damocles sword, because if you allow it to change the way you do your journalism, then they win.

I always wonder, why is our government attacking us so much? Why do they not want the questions in a time of COVID? It almost seems like right now they’re codifying into law the abuses of our rights that have happened on an ad hoc basis. So, this is a precipice that we need to make sure we don’t fall off the edge and lose our democracy.

Do you have an answer to why? Why is the government going after journalists?

It’s the consolidation of power — the perfect storm of social media [and] President Duterte-style of leadership. In my last interview with him, I asked him, do you need to use violence? And he just categorically said yes. He feels that violence and fear are important aspects of leadership. I don’t know where this will lead, but we certainly, because of technology, because of the weaponization of the law, we’re in a new area. Look, the eight criminal charges I have, cumulatively, I could face almost 100 hundred years in jail. But I look away from that and look at where we are today and see that we have to actively push. It is a battle for truth, right? And in a battle for truth, journalists are advocates.