A record 100,000 Americans died of drug overdoses between April 2020 and April 2021. The soaring death count was driven by the availability of highly toxic fentanyl and social isolation during the Covid-19 pandemic.

Some 100,306 Americans lost their lives to drug overdoses in the 12 months leading up to April 2021, according to figures released by the Centers for Disease Control and Prevention (CDC). Opioids were responsible for just over three-quarters of these deaths, with synthetic opioids – including fentanyl, a drug 50 times more potent than heroin – responsible for more than six in 10 fatalities. 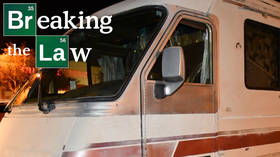 The CDC’s death count is not a final figure, while 98,000 deaths have been concretely linked with drug overdoses during the above-mentioned period, a final count may well exceed 103,000. Regardless, the number is the highest ever recorded in a 12-month period in the US. 2020 saw 93,331 people die of drug overdoses, a 30% increase over 2019 and a record high until Wednesday’s tally was released.

In a statement marking the “tragic milestone,” President Joe Biden said his administration is “doing everything in our power to address addiction and end the overdose epidemic.” To that end, he pledged to deliver better healthcare and mental health services, and boasted that his American Rescue Plan has already delivered nearly $4 billion “to strengthen and expand services for substance use disorder.”

Among the states worst affected by the surge in overdoses were the Appalachian states of West Virginia, Kentucky, and Tennessee, where deaths increased by 62%, 54%, and 50% respectively. Though Vermont recorded the fifth-lowest number of overdose deaths in the nation, it saw the biggest percentage increase, with just under 70% more people dying.

Barring a minor dip in 2018, overdose deaths have steadily climbed since 2015. Recent surges have been blamed on the coronavirus pandemic, with 2020’s peak attributed to stress, uncertainty, and a “difficulty in accessing life-saving treatments for substance-use disorders” Dr. Nora Volkow, director of the National Institute on Drug Abuse, said in a statement in July. 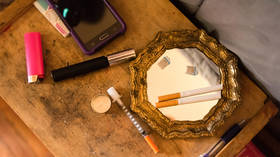 Yet opioid abuse was killing Americans long before the coronavirus reached US shores. Voters in the hardest-hit states like West Virginia and Kentucky sent Trump into office in 2016 pledging to end the crisis, but despite him directing funding to overdose prevention and treatment, tightening security and trafficking enforcement at the US/Mexico border, and signing a bill cracking down on mail shipments of fentanyl from China, overdoses under his tenure increased unabated.

During the 2021 fiscal year, which ended in October, federal agents seized more than twice as much fentanyl at the US/Mexico border than during 2020, and nearly four times as much as in 2019.