Croatian President Zoran Milanovic believes that Zagreb, following Ankara, should prevent Sweden and Finland from joining NATO. The prime minister, who is having a “fierce dispute” with Milanovic, and the Croatian Foreign Minister do not agree with him 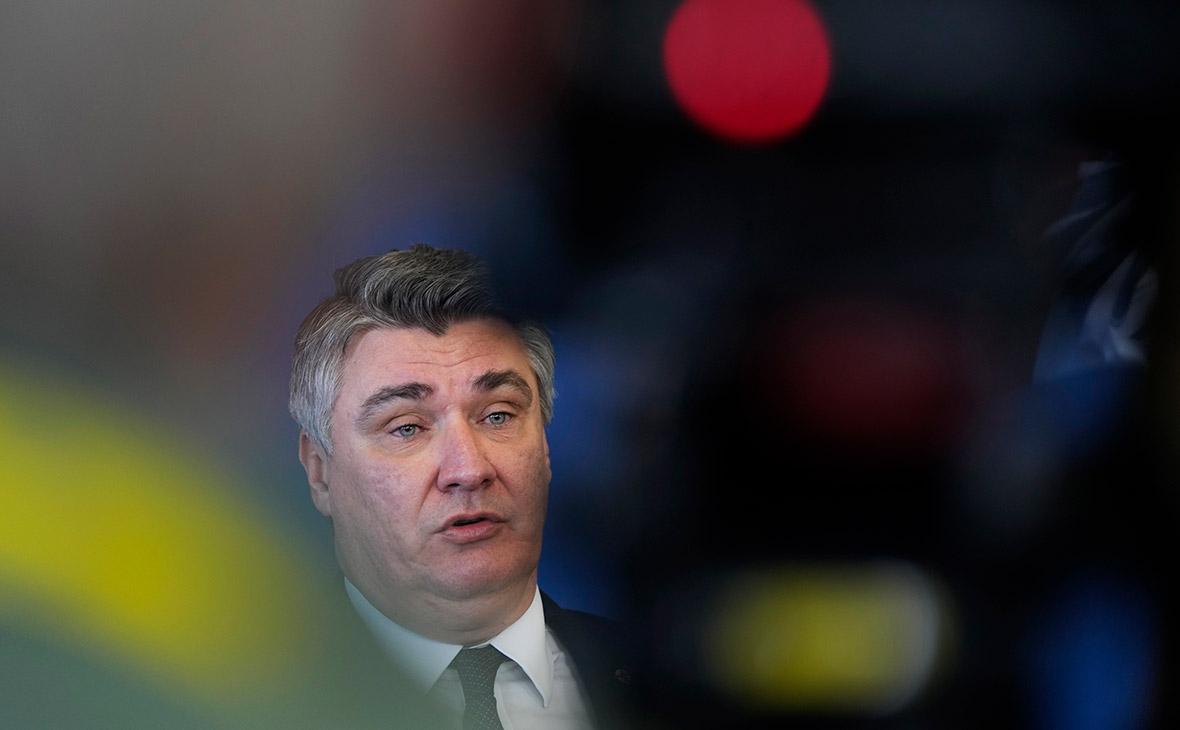 Croatian President Zoran Milanovic believes that his country should follow Turkey's example and try to prevent Sweden and Finland in NATO, reports AP.

According to the agency, Croatian Prime Minister Andrei Plenkovic does not agree with Milanovic; politicians have a “fierce argument” on a number of issues, including whether to support the application of the Scandinavian countries to join the North Atlantic Alliance.

According to Milanovic, before the Croatian parliament votes on the issue of NATO expansion, Zagreb must achieve changes in the electoral legislation of neighboring Bosnia and Herzegovina. The president is pushing for electoral reform that would give Bosnian Croats a better chance at high-ranking positions in that country. He demands that Bosnia and Herzegovina “change the electoral law within the next six months and give Croats their basic rights.”

Plenkovic, reacting to Milanovic's words, suggested its position at the meeting of leaders of the countries— NATO members in the presence of US President Joe Biden, rather than refer the issue to the Croatian Parliament, reports Euractiv. The prime minister said earlier that he had cut off contacts with the president because of the latter's pro-Russian views.

The accession of Finland and Sweden to NATO is also supported by Croatian Foreign Minister Gordan Grlich-Radman. At the end of April, during a conversation with his Finnish colleague Pekka Haavisto, the minister said that Zagreb supports the alliance's open door policy and will support Helsinki if an application is submitted.

Read on RBC Pro Pro Head of 1C-Bitrix Sergey Ryzhikov: “Excess of resources is a mistake” Articles Pro $170 million mistake: why Amazon tried to create an alternative to the iPhone border: 4 options for how to arrange a job Instructions Pro The Russian economy has entered a period of change. How this affects banks Articles Pro Philip Kotler's Digital Marketing Principles: How to work with a client Articles Pro Two case studies on how to retain employees with stay-interviews Case studies Pro From The Times to Stranger Things: how typefaces became the basis of branding Articles

Sweden and Finland applied to join the alliance on May 18, now they must be considered by the NATO Council. The discussion was supposed to start on the same day, however, according to the Financial Times, the talks broke down because of Turkey. President Recep Tayyip Erdogan said earlier that he was not ready to support the entry of the Scandinavian countries into the bloc, because they imposed sanctions against Ankara and refused to extradite members of the Kurdistan Workers' Party, whom Turkey considers terrorists.