Slaying sacred cows is a comedian’s job, funnyman Ron Placone told Tara Reade on RT’s podcast, and being offensive goes with the territory.

‘Cancel culture’ and its impact on comedy is once again in the news thanks to the furore over Dave Chappelle’s latest Netflix special. In the latest episode of ‘The Politics of Survival,’ Placone told Reade how thanks to the ubiquity of social media, it’s never been easier for people to complain about jokes they don’t like. 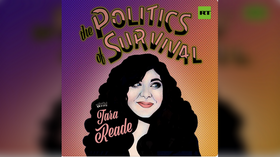 Placone doesn’t think complaints amount to cancel culture. “If you tweet a joke and people don’t like it and they tell you, you’re not being censored. People just don’t like what you have to say,” he explained. However, when social media platforms decide to remove content and deplatform comedians for offensive material, that’s a different story, and he doesn’t trust the government to do anything about it.

“It’s a big mess right now,” he said. “When it comes to legislation around this stuff, we have two types of people in government: people who don’t understand how the internet works, and people who can’t handle the internet, like Marjorie Taylor-Greene.”

Catch the full episode here, where Reade and Placone discuss the fear of being cancelled, how Covid has impacted the comedy landscape, and the subtle art of striking the right balance between comedy and politics.