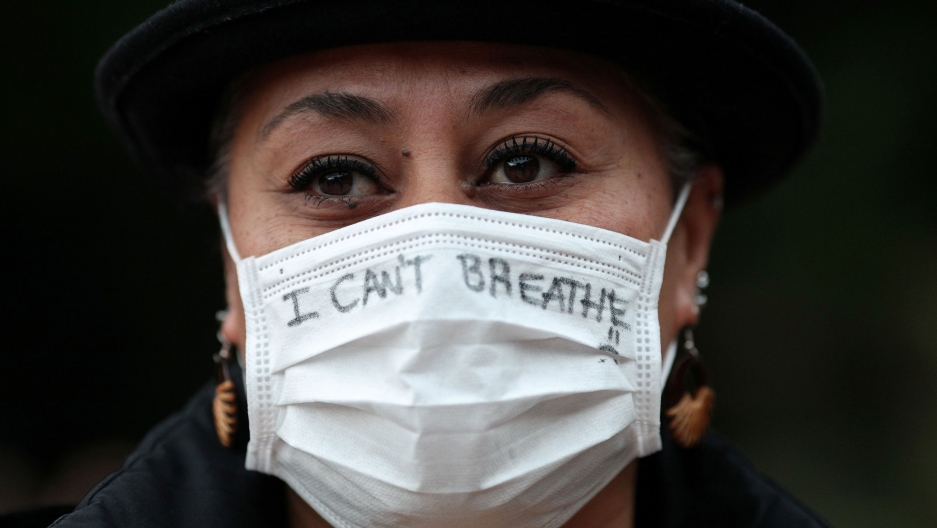 A woman wears a face mask as people protest in solidarity with those in the United States protesting police brutality and the death in Minneapolis police custody of George Floyd, in Sydney, Australia, June 2, 2020.

Australian authorities have banned protests in Syndey and sought to block protests elsewhere around the country set to take place over the weekend inspired by the death of a black American man George Floyd, saying large gatherings risk new coronavirus infections.

Around 50,000 Australians had been expected at nationwide events on Saturday as anger over Floyd’s death in Minneapolis — where a white policeman knelt on his neck — also focuses attention on mistreatment of indigenous Australians.

Health Minister Greg Hunt said people had the right to express themselves, but should the COVID-19 disease spread at protests, it would be impossible to trace all participants.

“Any mass gathering at this time is a lottery with peoples’ lives,” he told reporters in Melbourne.

Judge Desmond Fagan said a gathering of thousands was “an unreasonable proposition” given state directives for no more than 10 people to gather.

“It is self-evident that the social distancing measures … have been the key element in minimizing the spread of this disease,” he said, adding that the right to free expression was being “deferred” until a safer time.

Some protesters, however, said they would carry on.

“I never lose my decision to fight for what is true,” rally organizer Raul Bassi said after the court decision.

Australia has avoided the high infections and casualties of other nations, with only 102 deaths, because of border closures and social distancing since March.

NSW police had originally approved the Sydney protest, on the understanding there would be fewer than 500 participants, but far more had been planning to attend.

By Colin Packham and Byron Kaye/Reuters