The death toll in the Waukesha, Wisconsin Christmas parade massacre has risen to six, after one of the injured children passed away. Prosecutors revealed the death in a court hearing to charge the suspect with intentional murder.

Darrell Brooks, 39, was charged with killing six and injuring 62 people during the parade on Sunday. At Tuesday’s arraignment hearing, prosecutors said he “appeared to rapidly accelerate” and “took an abrupt left turn into the crowd of parade participants,” even after a police officer pounded on the door of his SUV and yelled at him to stop. 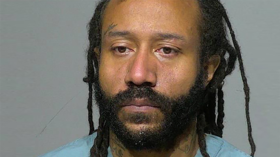 READ MORE: ‘Dedicated to hatred’: What we know about the Waukesha massacre accused

The SUV “appeared to be intentionally moving side to side, striking multiple people, and bodies and objects were flying,” the complaint added.

Brooks was charged with first-degree intentional homicide. His bail was set at $5 million.

Five adults who were killed on Sunday have since been identified as Tamara Durand, 52; James Coolidge, 52; Wilhelm Hospel, 82; Leanna Owens, 71; and Virginia Sorenson, 79.

The sixth victim was identified on Tuesday by his family as Jackson Sparks, 8. His brother Tucker, 12, was also injured in the massacre but is currently recovering at Children’s Wisconsin.

Jessalyn Torres, 11, who suffered a broken skull and pelvis and lost a kidney in the attack, woke up briefly on Tuesday and asked the doctors to “just glue me back together,” her family said on their GoFundMe page. 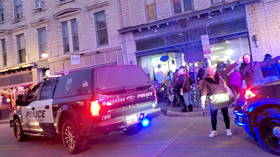 Brooks’s bail was set so high by the court commissioner after the Milwaukee County district attorney’s office previously released him on a $1,000 bond on November 11, even though he was wanted on half a dozen charges, including attempting to drive over a woman and bail jumping.

Another bit of his criminal history surfaced at Tuesday’s hearing, when the authorities revealed he was a registered sex offender in Nevada, convicted in 2006 of impregnating a 15-year-old. He skipped bail in 2016, after he was arrested for failing to obey sex offender laws.