An exhibit at the Cervantes Institute in Madrid focuses on some of the most important — but largely ignored — women writers of Spain's 16th and 17th centuries.

Think “Spanish literature” and you might come up with “Don Quixote,” by Miguel de Cervantes. But there’s so much more to classic Spanish lit than “Man of La Mancha.”

That’s the focus of “Both Wise and Valiant,” an exhibition at the Cervantes Institute in Madrid, which looks at some of the most important — but largely ignored — women writers of Spain’s 16th and 17th centuries. The exhibit opened in March but closed due to COVID-19. Now the exhibit has reopened and will be on display through September.

“What is surprising is that we haven’t known many of these female writers until very recently.”

“What is surprising is that we haven’t known many of these female writers until very recently. They are better known now, in the academic world, but not so much for the greater public. I think that’s something we have to keep working on, and that’s the idea of this exhibition,” said curator Ana Rodríguez-Rodríguez, who is also a professor at the University of Iowa.

Related: In a new MoMA audio guide, security guards are the art experts 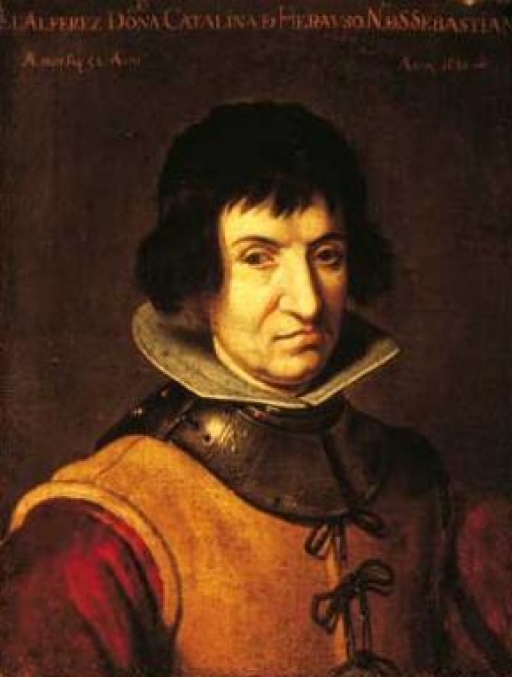 Catalina de Erauso, a writer known as “The Lieutenant Nun.”

Rodríguez-Rodríguez explained that many of the women writers of the 16th and 17th centuries in Spain were nuns.

“In the convent, which you usually see as a space of confinement and lack of freedom — which it was, in many occasions for many of these women — at the same time, it opened up the opportunity to be in touch with books, in touch with time,” she said.

Life in a convent could provide surprising privileges often not accessible to other women.

“If you’re a woman who has to get married and is a mother or a wife, it’s not proper that you spend a lot of time writing, on reading and thinking about culture…” Rodríguez-Rodríguez explained.

Some of the featured figures in the exhibit challenged norms around gender expression. Rodríguez-Rodríguez points to a writer known as ”The Lieutenant Nun,” Catalina de Erauso. De Erauso was born a woman in Spain and was confined at a young age to a convent, but escaped to the American colonies to live as a man — and as a soldier.

“Catalina de Erauso is one of these fascinating characters that we still need to keep thinking about and discussing because I think this person teaches us many different lessons, that they are good for our understanding of gender, even nowadays,” Rodríguez-Rodríguez said. 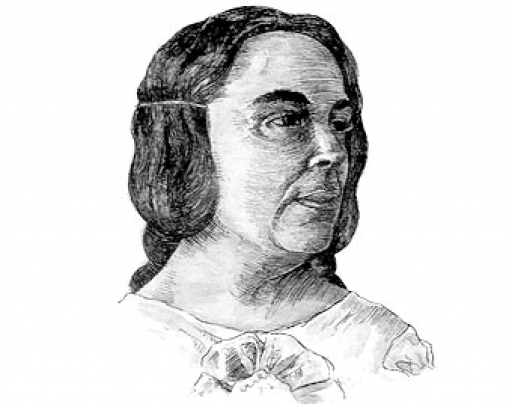 Also featured in the exhibit is the friendship between novelist María de Zayas and playwright Ana Caro. Both were successful writers of the Spanish Golden Age who, nevertheless, faced many barriers because of their gender. To overcome those limitations, they promoted each other’s work in their own writing.

“I think that that’s a wonderful example of female solidarity in the middle of oppression — which is what they really had to go through,” Rodríguez-Rodríguez said.

Rodríguez-Rodríguez hopes the exhibit will help people rediscover these writers outside of academia.

Related: Art, poetry and … zombies? The surprising cultural contributions of the 1918 influenza pandemic

“The canon has been very male-oriented for forever … or until very recently. It’s really time to make these women known — not only because they are women, but because they offer us wonderful texts, high-quality texts we have been missing since we have studied this time period,” said Rodríguez-Rodríguez. “This is a way we can make some change and give them the fair treatment they have been missing for centuries.”