The campus of a college in Waukesha, Wisconsin was placed under lockdown due to “an ongoing incident” shortly after an SUV plowed through the city’s Christmas parade. It’s unclear if the two incidents are related.

Carroll University, which is located not far from where the events at the parade unfolded, announced that its campus was placed on lockdown on Sunday evening.

The Carroll University campus is on lockdown due to an ongoing incident. Please stay safe and in your location until further notice and shelter in place. Updates will be provided ASAP.

The private liberal arts college urged students and staff to “shelter in place” until further notice. 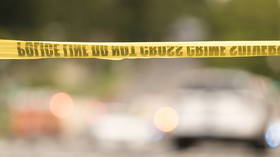 The alert was issued a couple of hours after an SUV plowed through the city’s Christmas parade, which featured dancers, including ‘the Dancing Grannies’, and an orchestra. The event started at 4pm local time and was livestreamed on Facebook.

The broadcast was taken down after a red SUV ran through a police barrier and sped up before ramming into the crowd. More than two dozen people were taken to the hospital, including 11 adults and 12 children. Police confirmed that the incident resulted in a number of fatalities, but did not reveal how many.