US President Joe Biden’s pick to be America’s next Comptroller of the Currency, the country’s top banking regulator, has faced down accusations that she is a communist, telling lawmakers that you can’t choose where you’re born.

At a hearing on Thursday, Dr Saule Omarova, Biden’s nominee to be chief of the Office of the Comptroller of the Currency, received a grilling from Republicans, who accused the Kazakh-born lawyer of being a communist.

Three decades after the fall of the Iron Curtain, the ‘red scare’ playbook was dusted off by Republican senators resulting in a line of questioning that 1950s communist-hunter Senator Joseph McCarthy would have been proud of. 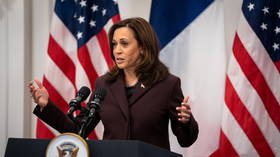 “I don’t mean any disrespect: I don’t know whether to call you professor or comrade,” asserted Senator John Kennedy of Louisiana, a member of the Senate banking committee, after questioning Omarova on whether she was still a member of any communist groups.

As those in attendance let out a collective gasp, Omarova responded: “Senator, I’m not a communist. I do not subscribe to that ideology. I could not choose where I was born.” She continued to state that she does not subscribe to a communist ideology and refuted claims she was part of a socialist Facebook group.

“There is no record of me actually participating in any Marxist or communist discussions of any kind,” she stated, adding that her family had suffered greatly during the Soviet Union era.

Omarova was also forced to explain why she had been a member of “a group called the Young Communists.” She explained that her membership of the youth organization, Komsomol, was state-mandated when she was a child.

“Were you a member of that organization?” Kennedy repeated.

“Senator, I was born and grew up in the Soviet Union…everybody was a member…that was a part of normal progress in school,” Omarova asserted.

Senator Pat Toomey, who had previously requested a copy of Omarova’s graduation paper that she wrote on Karl Marx as an undergrad at Moscow State University, claimed that Omarova’s “ideas do amount to a socialist manifesto for American financial services.” He also referred to a number of academic papers in which Omarova contributed.

Democratic chairman of the committee, Sherrod Brown of Ohio, dismissed the Republican attempts to “turn a qualified woman into a Marxist boogeyman,” accusing them of rejuvenating McCarthyism – the Cold War-era practice of making allegations based on subscribing to communist ideals.

Omarova, 55, could become the first woman and person of color to take the role of Comptroller of the Currency in its 158-year-history. She was nominated in September.