Nicaragua’s “sham elections,” in which longtime President Daniel Ortega and his wife, Vice President Rosario Murillo, are expected to claim victory, were “neither free nor fair,” US President Joe Biden has said.

The people in the Central American country of some 6.5 million went to the polls on Sunday, with the 75-year-old socialist leader Ortega looking to secure his fourth consecutive and fifth overall five-year term in office.

The Nicaraguan leadership “orchestrated… a pantomime election that was neither free nor fair, and most certainly not democratic,” Biden said in a statement late on Sunday. 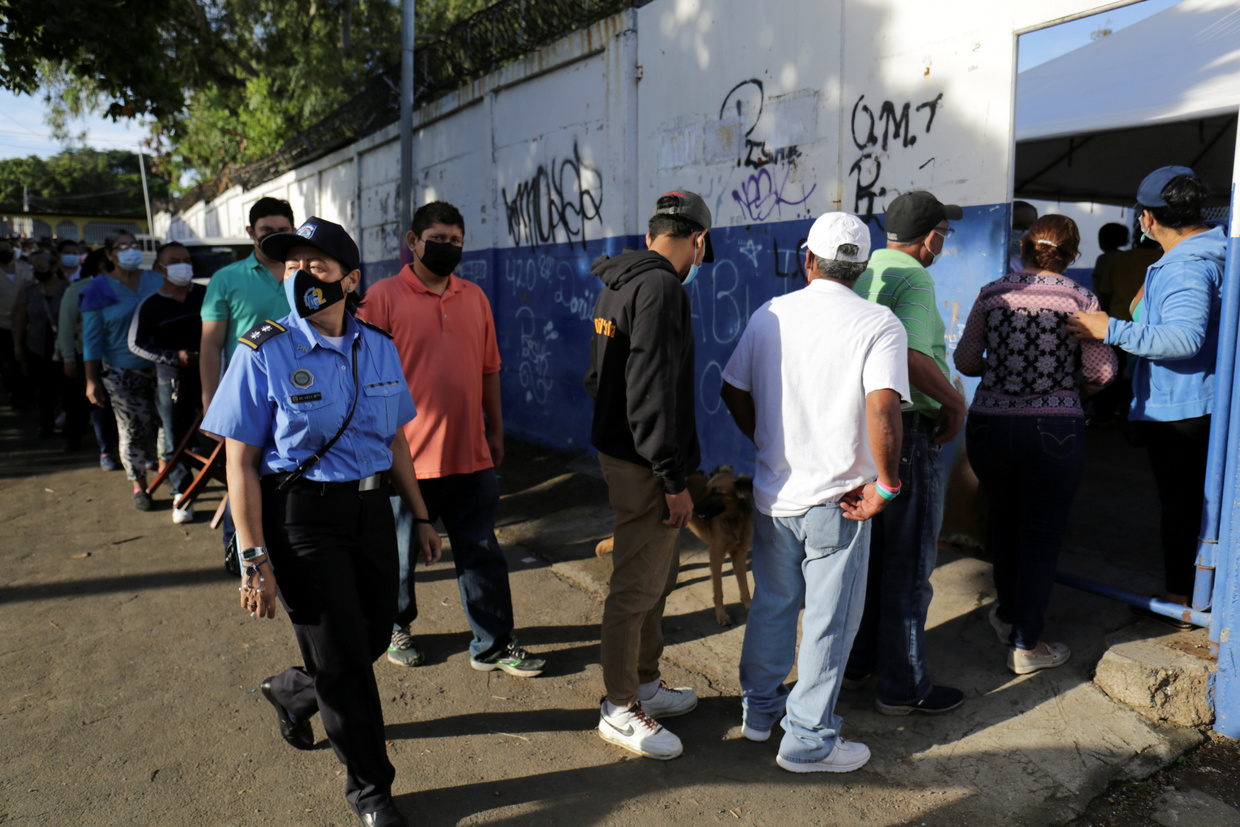 People queuing to enter a school used as a polling station to cast their vote during Nicaragua’s presidential election in Managua. © Reuters

The crackdown on political opponents by the Ortega-Murillo government “rigged the outcome well before election day,” the US president insisted.

Some 40 opposition figures have been detained since May, including seven potential presidential candidates, while the independent media were “shuttered” in the country, according to the statement.

The Nicaraguan police have said that those arrested were “traitors,” accused of a whole range of wrongdoings from conspiring to undermine national integrity by calling for sanctions and foreign intervention into the country to financial crimes, like money laundering.

Also on rt.com There’s a new target on the US regime-change list. It’s been there before

Ortega and Murillo have been ruling the country like “autocrats, no different from the Somoza family that Ortega and the Sandinistas fought four decades ago,” Biden said.

The Somoza family had been in power in Nicaragua for four decades and enjoyed the backing of the US before being ousted by Ortega and his associates back in 1979.

The US president has called on the Nicaraguan government to “take immediate steps to restore democracy” and release those detained.

Washington and its allies will “use all diplomatic and economic tools at our disposal to support the people of Nicaragua and hold accountable the Ortega-Murillo government and those that facilitate its abuses,” he warned.

Also on rt.com US sanctions Nicaraguan President Ortega’s daughter and three others amid ‘country’s descent into tyranny’

In June, the US had already sanctioned several Nicaraguan officials, including Ortega’s daughter, for being part of a system that “undermined democracy, abused human rights and enacted repressive laws.” Those on the blacklist had their assets in the US frozen and barred from doing business with American citizens.