Shock jock Alex Jones has sued US House Speaker Nancy Pelosi and the congressional committee that’s investigating last January’s US Capitol riot to block the panel from accessing his phone records and forcing him to testify.

The lawsuit, which was filed on Monday in US District Court in Washington, alleges that Pelosi and the investigative committee that she appointed are trying to suspend constitutional liberties “in coercive secret proceedings specifically designed to satiate a political witch hunt.” 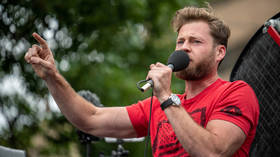 The committee subpoenaed Jones in November, demanding documents related to his role in organizing an election-fraud protest that escalated into the Capitol riot, according to the lawsuit. The panel also ignored the radio host’s constitutional objections, insisting that he testify in Washington on January 10, and it sought to obtain his phone records through AT&T.

“The select committee’s members have made it abundantly clear that they are only interested in prosecuting political adversaries,” the lawsuit said, adding that Jones was put in the “unconscionable position” of facing imprisonment if he exercises his constitutional rights.

Jones claimed that the committee is violating his 1st Amendment rights as a journalist, his 4th Amendment right of privacy in his papers, and his 5th Amendment right against self-incrimination. The lawsuit noted that committee chairman US Representative Bennie Thompson (D-Mississippi) showed his disregard for those protections when he suggested in an MSNBC interview earlier this month that invoking the 5th Amendment may show that a witness is “part and parcel guilty to what occurred.” 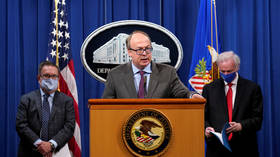 Pelosi has flouted the requirements of the House bill that established the investigative committee, including provisions on the number of members and representation of the minority party, the lawsuit said.

Jones has told the committee that he will remain silent, invoking his 5th Amendment right, if forced to appear in person. According to the lawsuit, the committee has suggested that Jones and other witnesses may be granted immunity from prosecution to eliminate the threat of self-incrimination.

Steve Bannon, former adviser to then-President Donald Trump, was indicted in November for contempt of Congress because he refused to testify and provide documents to the House investigative committee. The House voted last week to recommend that former White House chief of staff Mark Meadows be charged with contempt for refusing to testify.